This is the first post in what I hope will become a frequent series where I throw out some recommendations for things I love. I tend to get a little excited about things I’m into. Think Redbull infused fangirl meeting Nathan Fillion at a convention excited. So I wanted to share some of that excitement with you and recommend some things you might enjoy. I’ll break down each item presented and explain what it is and why I love it. I’ll provide links when available. (When aren’t links available? Everything has a link to somewhere.)

With all that said, let’s get to it. Today’s Conjure and Coffee Recommends will be all about PODCASTS!

I spend a good deal of the day doing menial tasks. Having something to spark my brain while doing typical mind-numbing things a whole lot easier. One of the podcasts listed below is made by a group of artists whose tagline is “Television for your ears” and that’s exactly what it’s like. Instead of dreading doing roughly 15 tons of laundry and 300 sinks full of dirty dishes, I look forward to plugging my ears in and tuning out. Well, as tuned out as one can be with kiddos running around.

Here are eight of my absolute favorites: 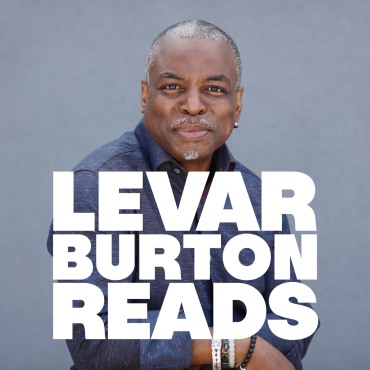 Levar Burton Reads– If you know him, and you do, you love him. From Roots to Star Trek: The Next Generation, to Reading Rainbow, Levar Burton has been an icon since before some of us were born. Reading Rainbow was such a pivotal part of my childhood. That’s why when I found out about his podcast, I was overjoyed. Levar Burton Reads is a whole lot like Reading Rainbow, but the stories are way more mature. Started in 2017, the series features Levar reading handpicked short fiction stories from outstanding authors.While they are not all the same, they are all very, very good. There are 22 episodes that are between 40 and 55 minutes long. My personal favorites include “Kin” by Bruce McAllister (Episode 1), “Chivalry” by Neil Gaiman (Episode 7), “The Paper Menagerie” By Ken Liu (Episode 11), and “Furry Night” by Joan Aiken (Episode 18).

Something To Wrestle w/ Bruce Prichard– As I’ve written about in this post  I am a long time pro wrestling fan. Bruce Prichard, who I despised in my youth as the red-faced televangelists Brother Love, has been a part of the wrestling business for a very long time. He was instrumental in so much the wrestling of my youth.  He is also an incredible storyteller (Just don’t ask him to talk money). Guided by host Conrad Thompson, Bruce discusses his tenure in the WWF/WWE in an engaging and hilarious way. Be forewarned, if you have a stick up your ass and no sense of humor, this is not the podcast for you. There are tons of in-jokes and more sexual innuendos than you can shake a salad steel cage at. The first episode dropped in the summer of 2016 and since then Conrad and Bruce have blessed us with 92 episodes. Episodes run long! One of the longest, Episode 79 on Goldust, is a little over 5 hours. But I promise, not a second is wasted….motherfucker. 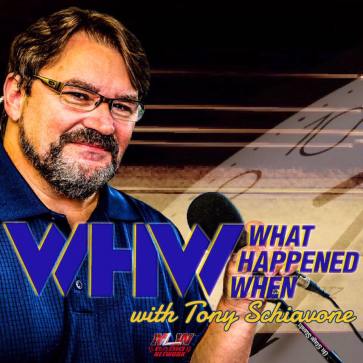 What Happened When– I can’t mention Conrad and Bruce without telling you about Conrad and Tony and What Happened When! Like the Something to Wrestle With podcast, this foul-mouthed expletive-laden slice of wrestling nostalgia is too good not to listen to. Focusing on the great and not so great years of the NWA, WCW, and Jim Crockett Promotions, one of my all-time favorite commentators Tony Schiavone is once again back in the crazy world of wrestling. Initially in a similar vein as the Bruce Prichard podcast, the show has morphed into a buddy comedy Watch Along. It’s like a dirty-minded Nitro Party for your ears. The saddest thing about this pod is that the end is in sight. Tony agreed to the gig primarily to help pay for his daughter’s wedding which is set to happen at the end of this month. But no worries! As of this writing, there are 61 episodes with a handful left. Most episodes are about 3 hours long. Being a watch along, the ideal setting would be to listen to the podcast while watching the PPV the episode focuses on, but it’s not necessary. I listen while doing daily chores. If you’d like to catch up the tape machines were in fact rolling! The archives of the show are on youtube so you can listen to any episode at any time.

Tanis– Are there any true mysteries left or has the internet provided solutions for all of them? That’s the question that entices Nic Silver to the deep, dark world of Tanis. What is Tanis? Well, you’re going to have to listen to find out. From the Public Radio Alliance (which was once part of Pacific Northwest Stories who is responsible for The Black Tapes Podcast mentioned below) Tanis is the audio equivalent of jumping into the deep end of the pool blindfolded. History, myth, and storytelling blend so well that you will be googling to see if what you heard was the truth or part of a wonderfully crafted story. Like their tagline, which I love so much, they really are like television for your ears. The universe that is created by the storytelling and character development is incredibly immersive while being oddly relatable. The first episode “Seeking Tanis, Runner Available” was released in 2015. Since then the Tanis team has gone on a very, very wild ride. Episodes run between 35 and 50 minutes are just the perfect length to leave you wanting more. Also, this month a new series from PRA starts called The Last Movie. Nic and MK from Tanis take on a new but equally frightening subject. I am pretty excited to check it out.

The Black Tapes– The Black Tapes Podcast was my introduction to the world of podcasts.  If you are familiar with the ultra-popular Serial you will feel right at home with TBT. Equal parts history, demonology, and math, The Black Tapes is a world onto itself. The show follows Alex Regan as she slips into the murky world that surrounds the perplexing Dr Richard Strand and his mysterious collection of black videotapes. You know, like VHS tapes? Remember those? Well, don’t worry if you don’t have a VCR, Alex, Nic (yep, Nic from Tanis) and Dr Strand will guide you. There are twists and turns everywhere with this. The characters are so well done that you’ll feel like you know these people on an intimate level after just a few episodes. I can not stress how much I loved this series. With the declaration of my love known, I have to tell you the ending of this series was probably the worst wrap to a storyline ever. It was exceptionally disappointing. NOTE: While checking in on the voice actor for Alex Regan from the show, I noticed a retweet of a type of announcement from The Black Tapes twitter. Remember when I explained what a “work” and what a “mark” was in my wrestling post? Well, guys, I got worked. We all got worked. It was never over. I’ll just be over here fangirling until my arms break. Don’t mind me.

S-Town– Sometimes the most interesting and complexing people live in out of the way nowhere “shit towns”. That’s the case with Brian Reed’s investigative series set in the small town of Woodstock, Alabama. Almost immediately the series became less about the town and more about the enigmatic man who contacted the producers of This American Life to have them investigate a murder. Unlike Tanis and The Black Tapes, this series is real. There are only seven episodes which run between 40 and 62 minutes in length. This is a hard listen. There are topics discussed and language used that may be offensive to some if not most people. However, it is a fascinating look at the dark side of everyday life. And the price that comes with being the odd man out in a conservative town. 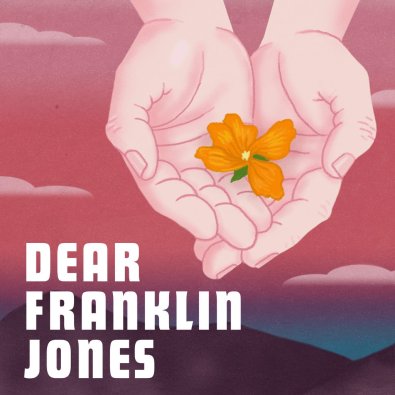 Dear Franklin Jones– What would it be like if you grew up in a cult? Jonathan Hirsh goes on that journey in Dear Franklin Jones. His parents were followers of Franklin Jones (also known as Adi da and a whole slew of other names) before and after Hirsh was born. To the host’s family as well as thousands of others, Jones was a spiritual leader and guru.To the outside world, Jones or Adi da or whatever was a cult leader. This exploration of who Franklin Jones was and the effects he left on his group is the focus of this series. There are four episodes available now, and I believe seven in total. Each episode runs about 25-30 minutes long. 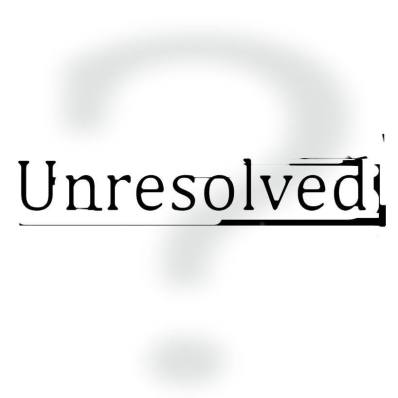 The Unresolved Podcast– Spearheaded by Micheal Whelan, The Unresolved Podcast focuses on stories that don’t have an end. Mostly they are unsolved true crime stories but he’s been known to throw in a few paranormal/supernatural topics too. Each episode goes in-depth on a person, place, or event and gives the listeners the ins and outs of what makes the story unforgettable. The research is beyond thorough and even well-known cases will seem brand new. Some of the episodes are so in depth that they span multiple episodes. The three episode span of The Millbrook Twins was outstanding. The follow up the Chase Messer story should be award-winning. Each story is presented in an honorable way that respects not only those who have unfortunately lost their lives but the families they leave behind. There are 53 episodes that run between 30-60 mins long.

So if you see me and my earbuds are in, I’m probably listening to one of these podcasts. I’m not one for waiting around and binge listening, so I try to listen to them as soon as they release a new episode. In the time between, there are a few other pods that I listen to that I didn’t feature here. Some are gigantic successes (I’m looking at you Lore) while some are just a few episodes in and still gaining ground  (Dear Disgraceland. I ❤ you). No matter what your favorite genre or vice is, there’s a podcast for it. Happy listening!

This site uses Akismet to reduce spam. Learn how your comment data is processed.